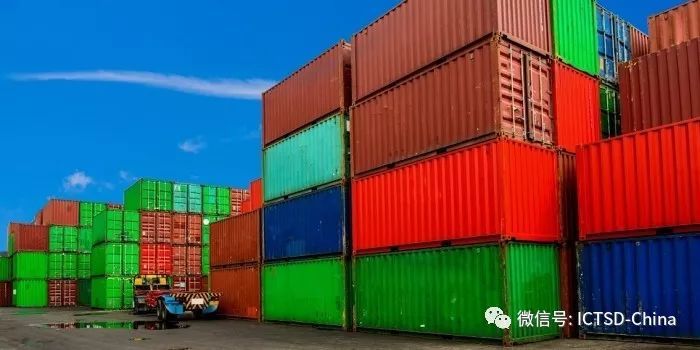 The trade ministers of the Asia-Pacific Economic Cooperation (APEC) member states gathered from 25 to 26 May in Port Moresby, Papua New Guinea for their 24th annual meet. Papua New Guinea and World Trade Organization (WTO) Director-General Roberto Azevêdo called on members to support the multilateral trading system, which did not translate into the ministerial statement.

The region has drawn attention for its integration dynamics, as the Comprehensive and Progressive Agreement for Trans-Pacific Partnership (CPTPP) continues its ratification process, and negotiations towards the Regional Comprehensive Economic Partnership (RCEP) remain ongoing. In addition, ministers in Port Moresby recommitted to pursuing work towards reaching a Free Trade Area of the Asia-Pacific (FTAAP).

APEC was formed in 1989 as a forum for economic cooperation which has looked to boost intra-regional trade, investment, and economic growth. In 2015, the 21-country regional grouping made up59 percent of world GDP and 49 percent of world trade.

Under Papua New Guinea's rotating chairmanship of the group, this year’s meeting was given the theme of “Harnessing Inclusive Opportunities, Embracing the Digital Future.”

In light of the chosen theme, ministers focused in their statement on digital technology's impacts on trade. With e-commerce sales in 2016 reaching US$1 trillion in the Asia-Pacific region, ministers committed to facilitating cross-border digital trade among APEC members as outlined in their facilitation framework.

The framework aims to achieve this by creating a favourable regulatory ecosystem, improving communications infrastructure, enhancing public-private partnerships, and supporting the Bogor Goals. The Bogor Goalsare a set of targets for realising free and open trade in the Asia-Pacific as agreed by members in 1994.

“We note the importance of capacity building, sharing best practices, facilitating mutual understanding by conducting case studies and promoting E-commerce and digital trade in the region, recognizing the need to address opportunities and challenges of developing member economies,” the ministers stated.

Ministers lauded the progress achieved in the implementation of the Environmental Services Action Plan, while noting the importance of boosting the competitiveness of services trade in general. The action plan works to increase trade in services, such as water management, that support environmental protection and sustainable economic growth. The trade officials also called on members to reduce the applied tariffs to 5 percent on the 54 products in APEC’s List of Environmental Goods.

The meeting also saw the launch of the latest APEC Regional Trends Analysis. The report, which focuses on trade and the pursuit of inclusion, shows that growth in the region jumped from 3.4 percent to 4.1 percent in 2017, with merchandise exports and trade in commercial services growing at a rate of 4.9 percent and 5 percent, respectively.

“Business and employment prospects in the region are more favourable now thanks to higher trade growth, driven by a solid global economy, but could backslide without proper care,” cautionedDr Denis Hew, Director of the APEC Policy Support Unit, which produced the report.

Tensions over the multilateral trading system

The chair of the 2018 APEC Ministers Responsible for Trade Meeting, Papua New Guinea’s Foreign Affairs and Trade Minister Rimbink Pato, and the Director-General of the WTO expressed hope that the gathering would calm fears over the state of the multilateral trading system.

“Let us resolve to send a strong message to the global community that APEC believes in a free, non-discriminatory and inclusive multilateral trading system,” saidPato in his opening address. “Let us recommit ourselves to advance the realization of a comprehensive and high quality free trade agreement for the region that will enhance inclusive and sustainable growth.”

In his speech to the trade heads on 25 May, Azevêdo called on APEC members to address rising tensions and advance the WTO’s work.

“APEC members have long been champions of the global trading system. I urge ministers to stay active and engaged, and to play their part – both in resolving the critical issues before us today and in finding ways to continue strengthening and improving the multilateral trading system,” saidthe WTO head.

“An escalation in trade tensions would affect everyone across the Asia-Pacific region, and beyond. Working together through the WTO, we have resolved previous tensions and helped to preserve the stability of the global economy. We must do the same again today.”

In the ministerial statement, there was no mention of recent trends towards protectionism or challenges to the multilateral system, which some experts have perceived as signalling differences between current approaches to trade, in particular the US administration's “America First” trade policies.

Instead, leaders noted the importance of the WTO Trade Facilitation Agreement (TFA), which entered into force in February 2017 and aims to expedite the movement, release, and clearance of goods. “We also encourage economies to constructively engage and support discussions in international fora, including the WTO,” the ministerial statement said.

The chair of the meeting released a separate statement supporting the multilateral trading system, reflecting Minister Pato's assessment of the prevailing views of APEC members.

“We underscore that trade liberalisation and facilitation are essential for achieving sustainable global growth and remain committed to continuing APEC's leadership to promote free and open markets,” said the chair's statement.

“We therefore reaffirm our commitment to keep our markets open, and to fight against and to rollback protectionist and trade distorting measures, and we reaffirm our Leaders' pledge to extend the standstill commitment until the end of 2020.”